Yesterday, Los Angeles liberated 10 miles of streets from Boyle Heights, South Los Angeles, and the Plaza to East Hollywood--by keeping cars out for five hours and making room for self-reliant residents to travel, play, and shop on their own power. CicLAvia , LA's johnny-come-lately....

Yesterday, Los Angeles liberated 10 miles of streets from Boyle Heights, South Los Angeles, and the Plaza to East Hollywood--by keeping cars out for five hours and making room for self-reliant residents to travel, play, and shop on their own power.

CicLAvia, LA's johnny-come-lately take on the ciclovías that Bogotá pioneered forty years ago, began only in October of last year. Yet it burgeoned into an instant success, with streets crowded by tens of thousands of cyclists, walkers, rollerskaters, and more in its first iteration, and drawing more and more participants--into the six figures--in April and October of this year.

Old and young, fat and thin, every race, every gender...hordes of happy people pedaling along free from the dread of being mowed down by oblivious motorists....

What this really shows is how much people want to bicycle on LA's, and how much our city's traffic policies restrict the population's freedom of choice in transportation. Ironically, this freedom, if allowed to be exercised, would result in huge savings to the city--bikes require far less room to operate and park than do cars, and don't wear out streets. Public health savings have also been shown to be considerable in cultures where cycling is prevalent.

Indeed, what CicLAvia shows is that we should have streets dedicated to bicycles only, streets connecting residential neighborhoods with employment and shopping areas, bikeways forming a comprehensive access network that will free our city's people from the structural mandate to drive a car.

Fewer people will then be compelled to own cars, and they can spend the money they save on local businesses that provide healthy, local employment--as CicLAvia riders were doing in great throngs, in crowded restaurants and shops along the route.

You'll see a few small samples of that festive freedom in the pictures below.... 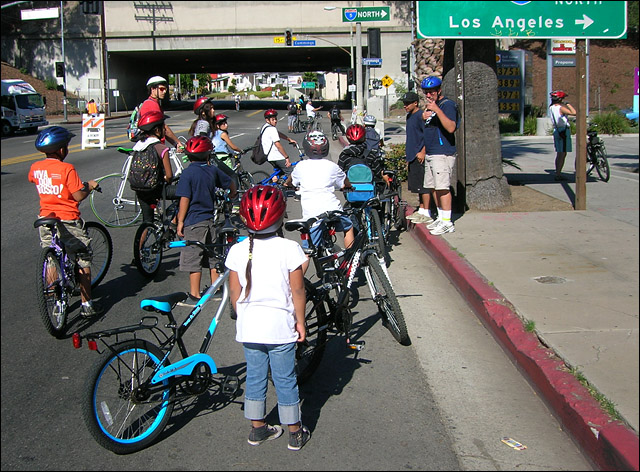 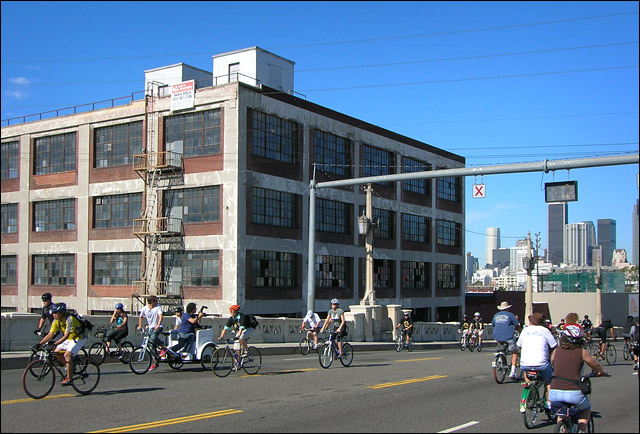 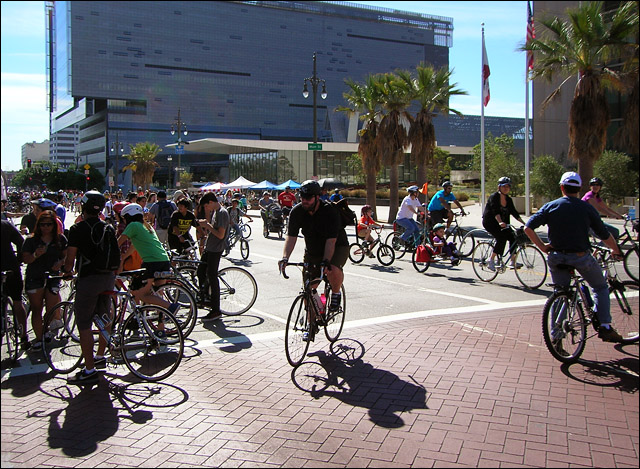 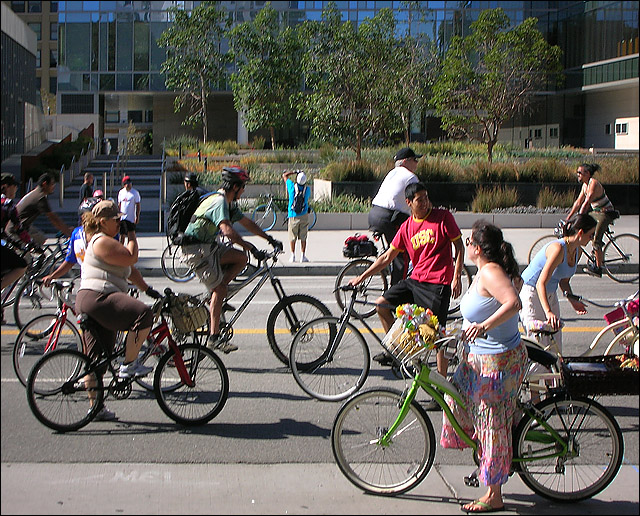 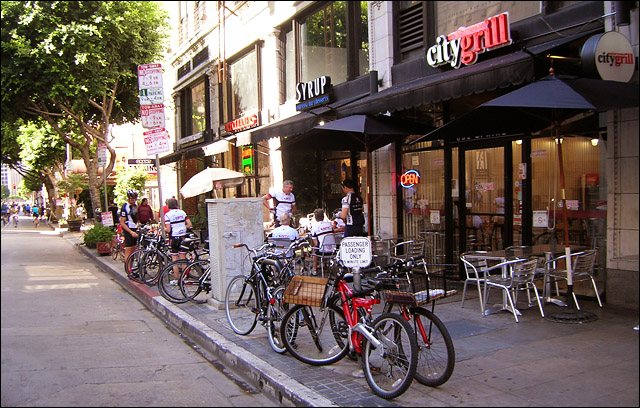 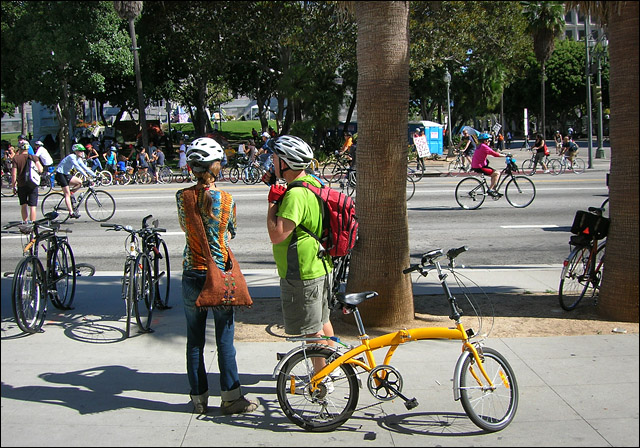 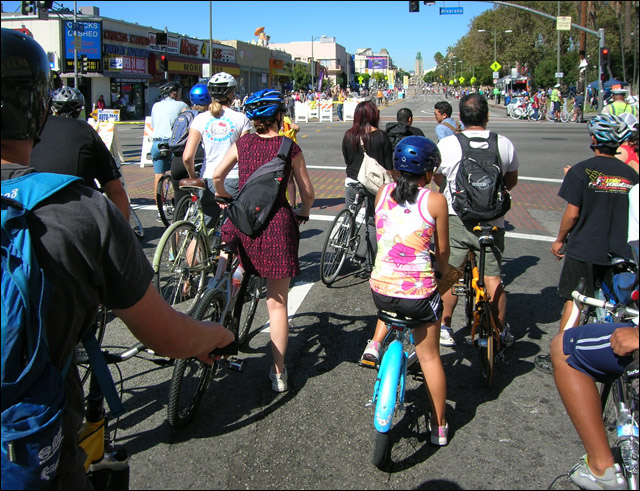 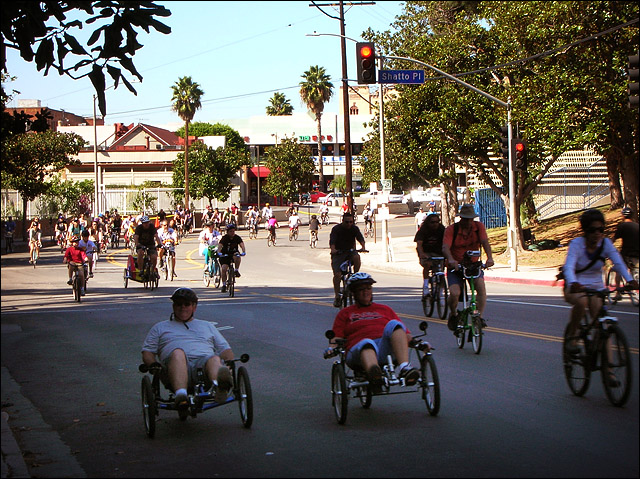 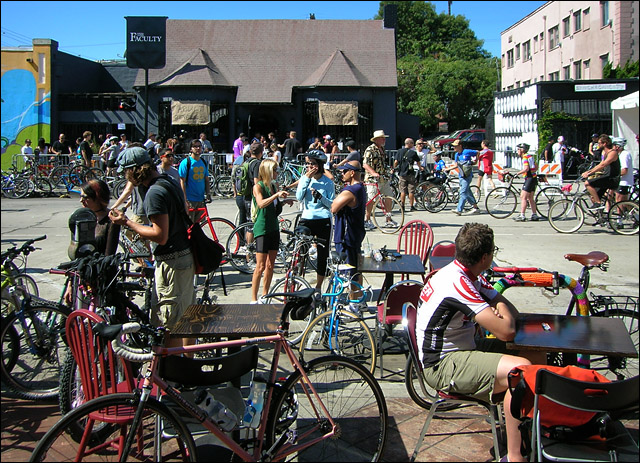 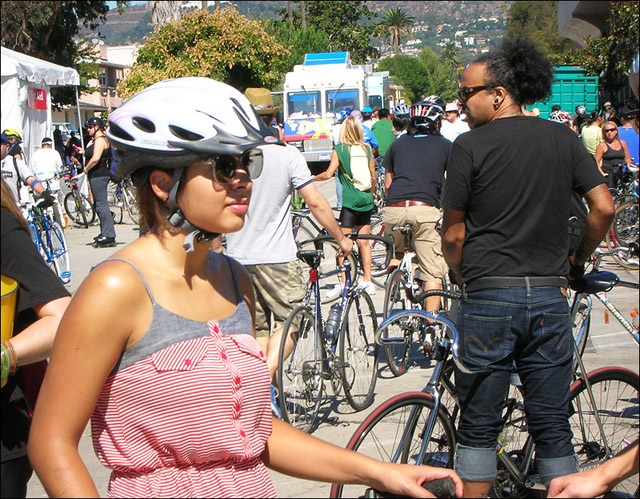 So how about it, City of Los Angeles? The people want it, demand is there...where is our network of bikeways? After all, we have miles of wide, oppressive car-only streets called "freeways" fragmenting our city. For the cost of one mile of urban four-lane freeway, we could build close to 300 miles of bikeways--as Portland has done.

And it's about time we did.