Rancho Cucamonga! Just saying the name makes everyone smile. I'd give my address to someone, and they'd question the reality of this distinctively named town as though I were making it up. But the sad reality is that Rancho Cucamonga is in fact a real place. A real, dreadful place.

Nestled due east of metropolitan Los Angeles in a desert wasteland coined the Inland Empire, this suburban nightmare is a refugee camp for those expatriated by the City of Angels. Former gang members trying to start families, and successful business capitalists in their McMansions, all dwell in harmony amidst endless rows of strip malls and chain restaurants. But it was nice. It was comfortable. It was safe. 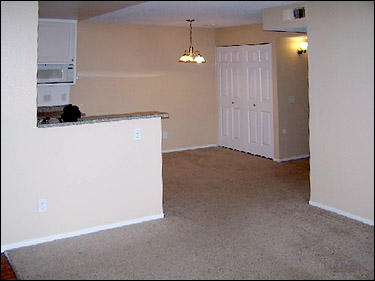 Despite the fact that my newly remodeled apartment complex (complete with 3 pools and 2 gyms) recently hosted an AK47 gun-down killing several people quietly watching TV in their home, and disregarding the man who shot a police officer on a cul-de-sac in broad daylight just a mile up the road, this suburb has one of the safest reputations in all of Southern California. My apartment complex renamed itself to hide the lingering reputation of being a murder scene. The manager at Meineke turned the television channel so we could ignore the wounded police officer just a few blocks away. Nothing can disturb their safety. Even if something does, the residents ignore it, smile, and drive to the nearest shopping mall to drown themselves in a world of commerce.

Target was an eighth of a mile away. Like everyone else, I drove there. Once I rode my bike, but was met with such nasty glares by SUV operators that I vowed to never do that again.

So, in a desperate act to quell the loneliness and frustration that had built up inside of me, I rented a U-Haul, cleaned out the beige box that I considered my home, and moved west until I could smell the salted ocean air. 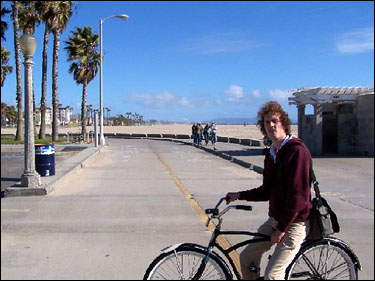 Now I live in a crappy mouse-infested one bedroom apartment with two other guys, and pay a ridiculous amount for rent. That's the price of living a few blocks from the ocean in Santa Monica. But I ride my bike to the grocery store, to the beach, to West Hollywood to visit friends. I laugh at people sitting in traffic as I fly by them on the shoulder. I smile knowing that I am doing my part to reduce the smog in the air, that I am part of the solution and not part of the problem. I am busier now, more active, happier. I don't live in a beige box, I live in a community. I know my neighbors' names.

Sure, the violence and crime are still present, and theres a bit more graffiti. But hey, at least we dont hide it, we recognize it. L.A. truly is a place where you can be whatever you want to be, and feel free to be that person without criticism. Is it perfect? No. But at least I don't have to own a Hummer H2 to fit in.