Note: click on any of the images below to see a larger version (uses pop-up windows) Born but still naked Hands down, my favorite forum on the web is the Internet Bridgestone Owners Bunch , generally known as the iBOBs. It started before the Internet....

Note: click on any of the images below to see a larger version (uses pop-up windows) 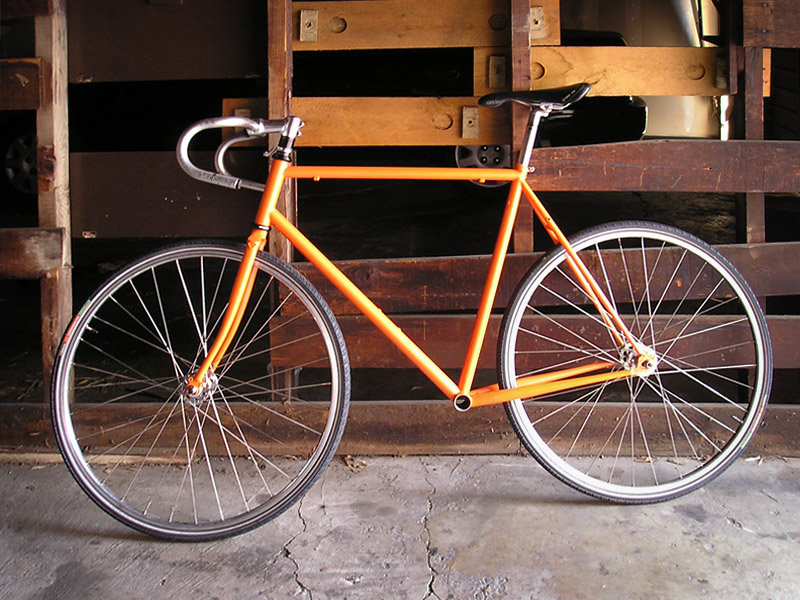 Born but still naked
Hands down, my favorite forum on the web is the Internet Bridgestone Owners Bunch, generally known as the iBOBs. It started before the Internet, one of Grant Petersen's ideas when he was running Bridgestone USA, and the "forum" was then on newsprint. In 1994, just as the Internet was first blossoming, Bridgestone folded its US operation, and Grant handed over the BOB to a series of e-stewards, as it were; it's now kindly and capably sustained by Alex Wetmore at Phred.org.

I mention all this because it's the iBOBs who have made it possible for me to build Trevor Wong up so quickly. 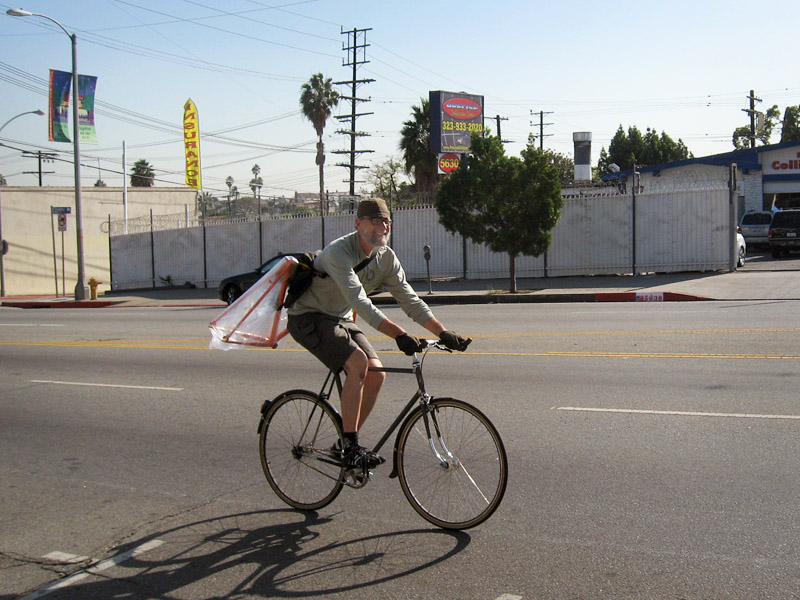 It's in the bag! (Photo by Wes)
For example, the stem he's wearing in these photos is temporary (and quite unprepossessing), but a nicer one will be coming as a gift from Carla Waugh--of the iBOBs!

But where did the unprepossessing stem come from? From iBOB Wes Oishi's parts bins over on Pico Boulevard! Wes had kindly asked me to bring the frame over for a chase & face, which necessitated my figuring out how to carry a nice fresh frame on my Bottecchia the couple of miles to Wes's place. Hence the plastic sack protecting him from the straps of my courier bag. (It worked quite well--no paint damage, and fairly comfortable on the back. There was, however, a strange whistling sound made as I rode: the wind fluting across the open steerer tube!) 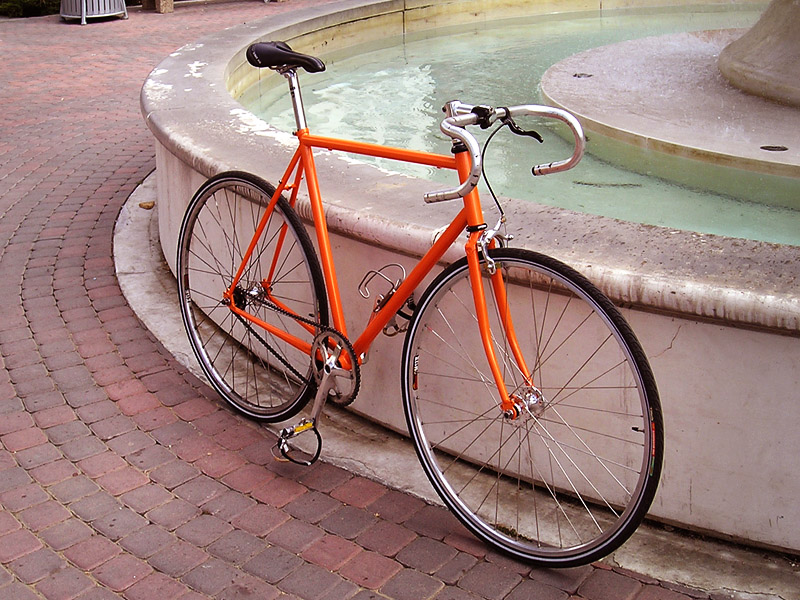 By the fountain at Park La Brea
I'd already installed the headset, wishing to try out the shade-tree mechanic's headset press of all-thread rod with nuts and washers. (This in fact worked--but it made a three-minute job take thirty, and I'll be buying a real headset press anon.) Wes got out his Very Fine Tools (which certainly cost a great deal more than the frame itself!) and went at it, and soon we had the bottom bracket threads cleaned up and the edges nice a parallel, whereafter we dug up a stem from what Wes referred to as a "parts graveyard," snugged things up, then made sure to waste a good bit of time jawboning before I took off and let him get back to work.

Once home, I got as far as the state expressed in picture #1 up at the top, then it was off to chores. This morning, I got a lot farther: crankset, chain, and saddle meant I could ride. I still wanted a brake, especially on an unfamiliar bike (he's a fixie), and had even bought a cable hanger for the long-reach centerpull I'd thought I had.

That turned out to be a long-reach sidepull--the longest-reach sidepull I've ever seen, just audaciously long, but still elegant.

And so we rode off to the Farmers Market, stopping at the fountain in Park La Brea for a ceremonial photograph.

The cheap frame's looking good, and riding sweetly. I'm going to leave him in his present state for a few days before loading on the fenders and the rack. He's such a young one, I can't put him to work right away!