I was at first glance pretty happy to see loads of bike parking out of the corner of my eye. Then I looked closer and saw…a modern variation of the old "wheelbender" racks, with which it is difficult if not impossible to use a U-lock. 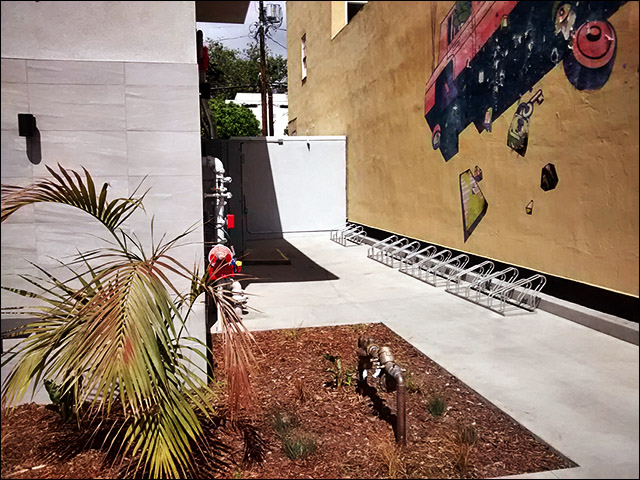 This is in the heart of Los Angeles, and very, very far from Mayberry….

As another old saying goes, one from the days when carnival games on the boardwalk were a big part of life: "Close, but no cigar."

Update, 3/25/2015: This establishment, the La Boulange on the corner of Fourth and La Brea, has redeemed itself with a fine new bike corral: 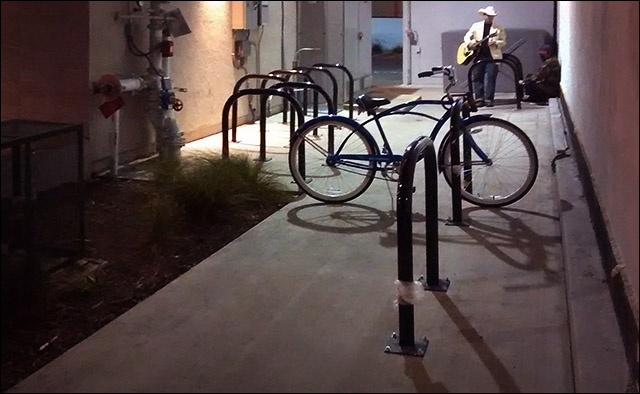