If you've been following this blog, or the ones I (among others) write for at Orange 20 Bikes and Flying Pigeon LA , or the blogs at LADOT , LACBC , Streetsblog LA , or various others, or our Twitter feed , you've heard a....

If you've been following this blog, or the ones I (among others) write for at Orange 20 Bikes and Flying Pigeon LA, or the blogs at LADOT, LACBC, Streetsblog LA, or various others, or our Twitter feed, you've heard a lot of good news about bicycle doings in Los Angeles. Sharrows, road diets, bike corrals and an active sidewalk parking program, bike plans (much amended, successfully, by the community), enthusiastic politicians, active cycling constituents, positive business attitudes, and a slow limbering up of our turgid city bureaucracy, even in a time of diminishing treasuries.

But on the ground it isn't a velocipedal paradise just yet. Few streets have any accommodation for cyclists beyond an occasional sign or long-faded stripe, and the traffic stream is still intimidating for the inexperienced. LA is very large, and the improvements have been very small, and the relentless barrage of car and truck traffic destroys streets faster than they can be repaired--especially considering the huge shortfall in taxes and fees asked of drivers, who pay only a minuscule portion of the costs their hobby imposes on the polity.

A case in point is my beloved 4th Street. One of the most-used bike routes in LA, and slated to become a "Bicycle Friendly Street" in the new bike plan, it also suffers a degraded paving that would shame a war-torn banana republic--even though it serves one of the most expensive neighborhoods in the city, where numerous foreign consuls have their homes.

In other words, LA has not addressed the most basic aspect of an urban thoroughfare on 4th Street--its pavement--in anything beyond a manner so slapdash as to be insulting.

Here are some photos that I took a couple of days ago: 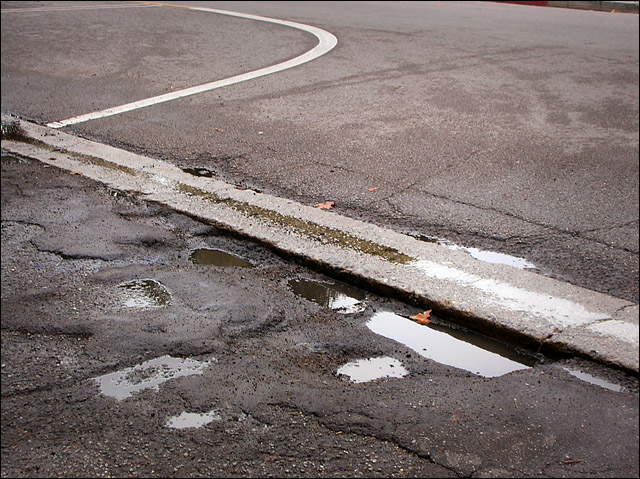 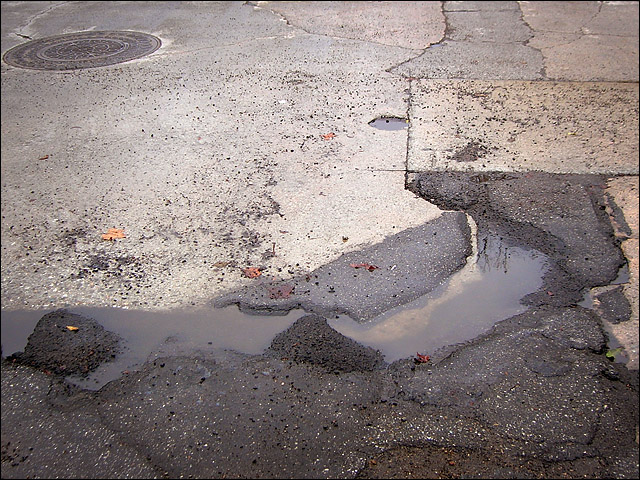 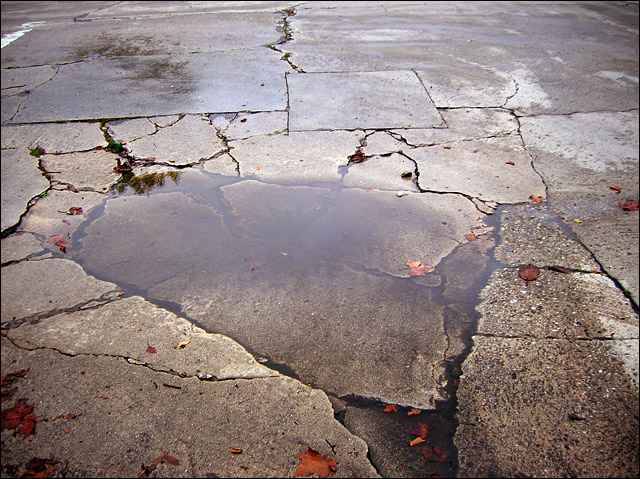 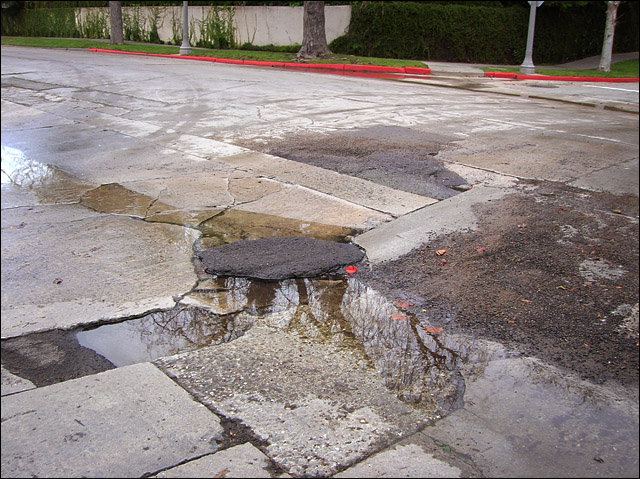 Another view of 4th & Hudson: 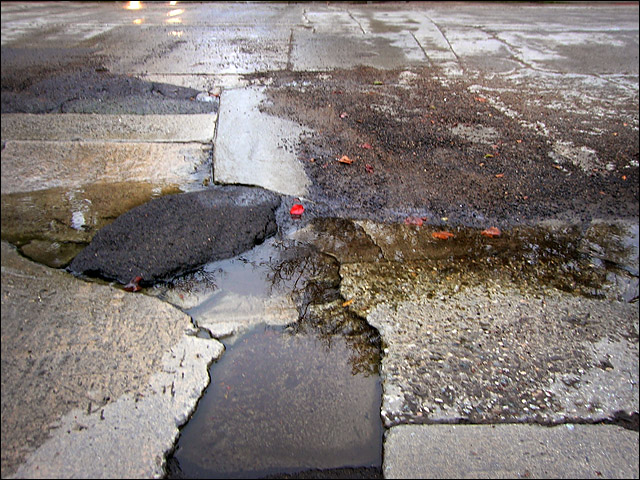 I just have to hope that the projects outlined in the new Bike Plan (probably to be approved and signed into existence next week) will be built with a little more care and competence than these intersections have seen in the last few decades. The neglect began long before the budget shortfalls, as I know, having traveled this street several times a week for nearly twenty years now.

Los Angeles, we can do better than this!