Another ride down the Los Angeles River bike paths yesterday, on a set mild day that actually turned a little cold when I got to Long Beach, where the river simpers into the walled-in waters of the San Pedro Bay. The river, as most know....

Another ride down the Los Angeles River bike paths yesterday, on a set mild day that actually turned a little cold when I got to Long Beach, where the river simpers into the walled-in waters of the San Pedro Bay.

The river, as most know, is presently encased in concrete for most of its length, and most people see it as grim. I see it as an accidental sculpture, a kind of circumstantial aesthetic expression of the engineer's love of balance and order at the expense of everything else. Yet it is nonetheless beautiful in its own way, as a balance of light, space, and surface, a stolid counterpoint to the crisscrossing nervous movements of birds, electricity, freeway traffic--and bicycles.

There is a surprisingly fine bike path alongside most of the lower stretches of the river, and that's where I ended up after wandering through the streets of South Los Angeles for an hour or so, past the taquerias and the storefront churches, the welding shops and furniture outlets, the Sunday-morning barbecue drums swirling their perfumes on the streetcorners....

One minute in on the river path, and I was away from the diesel clatter of the flats and in a nearly silent world, the river's shallow humidity gleaming beside me while white birds wheeled in twittering multitudes and stately egrets posed.

Seventy miles down and back, with a stop at a friend's house where a ride was gathering--one I didn't have time to join that day.

Then back up, this time past Imperial Highway, where I'd gotten on the river, to where the path, its last northern miles paved with spray-painted gang tags, presently ends.

Finally slanting across the absolutely blank flats of Vernon, Slauson, and the other industrial townlets, shuttered for Sunday rest, till I found downtown and familiar territory.

Someday, they promise us, the river path will grace the full fifty-five miles of the river's length, and will connect with a grid of bikeways, and be restored to something more recognizable as, in fact, a river. But for now, this is what it is, and it's not too bad, if you look at it with a neutral eye.

So, since I took my little pocket camera, here are some photos of this grand industrial assemblage that is both river and work of art at once.... 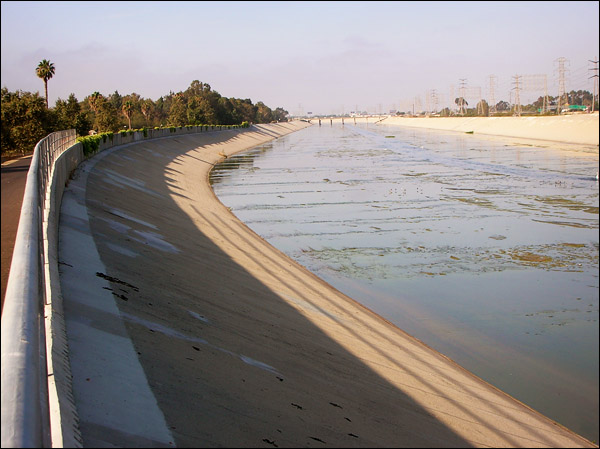 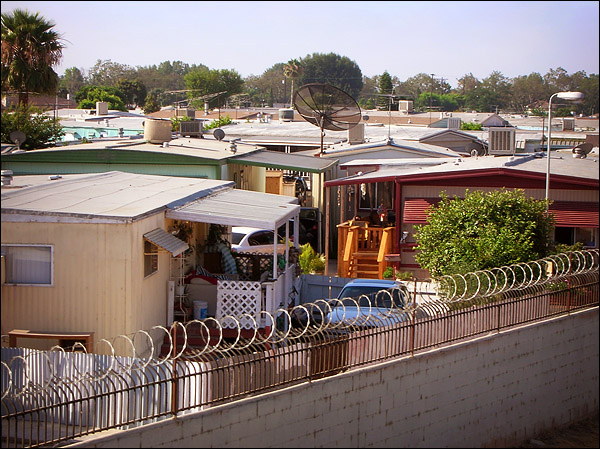 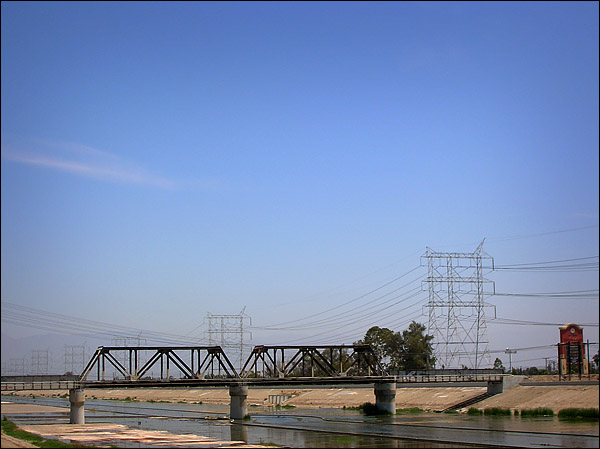 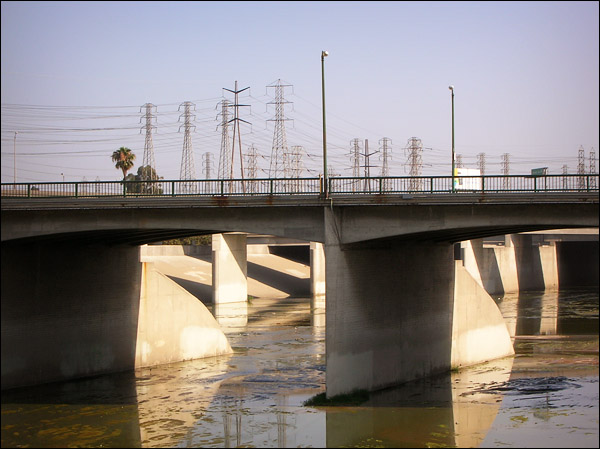